Stills and photos from The Imported Bridegroom, directed by Pamela Berger (USA, 1989). Courtesy of the National Center for Jewish Film.

Along with the generational conflicts that arose as a consequence of migration from the Old World to the New in the late nineteenth and early twentieth centuries, the spheres of love and marriage were also transformed. As the popular Bintel Brief column of the Jewish Daily Forward filled with stories of traumatic conflicts between Jewish couples, desertion and divorce no longer seemed alien to Jewish family life.

Although the Bintel Brief letters duly represented the dark side of immigration, a more positive view of the opportunities of New World marriage emerged as well. No better example of these dual perspectives can be found than the stories of Abraham Cahan, the Forward’s editor. Cahan expressed a protofeminist sensibility regarding power differentials in marriage and the ways in which rigid Old World customs oppressed both men and women. Cahan recognized that structural changes had to be made before either sex could realize autonomy and mutuality in marriage. Later in the century, Jewish feminists from both the liberal and radical wings of the women’s liberation movement echoed Cahan’s condemnation of unequal marriage and framed revolutionary ideas about the circumstances in which more equitable marriages could thrive. From Betty Friedan to Shulamith Firestone and Alix Kates Shulman, feminists envisioned and implemented ideas and structures that Cahan had only begun to imagine.

In the 1896 novella, Yekl, and his collection of short stories, The Imported Bridegroom and Other Stories of the New York Ghetto (1898), Cahan depicts couples split apart by the exigencies of Americanization, an inevitable process that he saw as bringing about loneliness, estrangement, and broken romances. Often wives are left behind because their husbands modernize faster. Yet, like Yekl (who renames himself Jake), they cast off “greenhorn” wives only to find themselves unmoored by their new circumstances. Jake’s wife, Gitl, eventually modernizes, too. By the end of Cahan’s story, after she has received a get from the rabbi paid for by Jake, she is ready to begin a new life with the sympathetic boarder Bernstein. While Jake goes off, bewildered, to confront a future that is “dark and impenetrable,” a confident Gitl uses her status as a new, modern American woman to her advantage. She and Bernstein start a business with the money Jake has given her for the divorce. No longer constrained by the marriage traditions of the past, which placed the husband as the unchallenged family patriarch, Gitl equates her opportunity to select her romantic partner with her freedom to choose her own work. As opposed to the arranged marriage she shared with Yekl, consent and choice are paramount. Equally important is the fact that Gitl’s status in the private sphere is bound up with her public role. In The Imported Bridegroom, too, the couples that work together (or in which the woman is employed) have the greatest possibilities for mutual happiness. In “A Sweatshop Romance,” Beile chooses David, who finds her a job in his shop and treats her “with respect, like a modern woman.” We expect that their romance will endure.

Marriage and intimacy served as a tableau on which Cahan sketched the folly of unequal relationships of power, work, and longing. In subsequent generations, American Jewish writers as varied as Clifford Odets, Arthur Miller, Philip Roth, and Grace Paley continued to depict fractured romances and marriages torn asunder by barriers of role, status, and gender. The public critique of marriage was most boldly resurrected, however, by the feminist activists of the 1960s and 1970s who demanded equal rights in the private as well as public sphere. A noteworthy proportion of these leaders and thinkers were Jewish, most of them secular but some with religious backgrounds. The Jewish traditions that they eventually rejected had significant bearing on their perspectives.

Betty Friedan’s The Feminine Mystique (1963) shaped the landscape of feminist marriage criticism by exposing the supposedly “happy housewife” as a sham, a false consciousness cemented by the collaboration of media, corporations, social scientists, educators, political leaders, husbands, and women themselves. Marriage infantilized women, Friedan claimed, burying them alive in their suburban homes as if in a “concentration camp.” Like the victims of the Holocaust, women remained passive because of the “progressive dehumanization” they experienced in their status as wives. Friedan’s use of Holocaust imagery did not attract much attention at the time, and she never explicitly spoke about Jews in her book. But her own background growing up Jewish in Peoria, Illinois, as an outsider, and the psychic burden left by her mother’s bitterness at her own stunted life as a housewife, influenced Friedan greatly. “When I still used to say prayers, even as a child,” Friedan recalled, “after the ‘Now I lay me down to sleep’ and the Sh’ma Yisrael—I would pray for a ‘boy to like me best’ and a ‘work of my own to do’ when I grew up. I did not want to be discontent like my mother was.” The solution was for women to pursue active careers outside the home.

How “Jewish” was Friedan’s insight? A telling incident occurred in 1970, when on the fiftieth anniversary of the passage of the suffrage amendment, Friedan led a march of 50,000 women down Fifth Avenue to demand equal rights. At the defining moment of the march, Friedan found herself speaking—and revising—the prayer that Orthodox Jewish men recited every morning. “Down through the generations in history,” Friedan declared, “my ancestors prayed, ‘I thank Thee, Lord, I was not created a woman.’ From this day forward I trust that women all over the world will be able to say, ‘I thank Thee, Lord, I was created a woman.’” Friedan claimed that she could not recall where she had heard the prayer.

The Feminine Mystique changed ideas about marriage and domestic life and helped to launch the liberal feminist movement of the early 1960s. But the younger group of women who launched the women’s liberation movement a few years later provided an even more radical critique. In The Dialectic of Sex (1970), Shulamith Firestone called for a feminist revolution to replace marriage and the nuclear family by means of engineered reproduction and nontraditional households. Marriage, she felt, was “functionally defunct”: it was its “political, i.e., unequal power context” that made it “such a holocaust.” Firestone came from an Orthodox, and according to her sister, Rabbi Tirzah Firestone, a deeply patriarchal, Jewish family and had studied at a Cleveland Yeshiva before attending Washington University and the School of the Art Institute of Chicago. Her father’s rejection of her book—which he called “the joke book of the century”—and other deep criticisms, even from feminists, cut deeply. After starting the first women’s liberationist groups in the country and playing a pivotal role in promulgating the radical wing of the movement, Firestone spent several decades isolated from former colleagues and family. Diagnosed with schizophrenia, she was in and out of mental hospitals until her sudden, tragic death in the summer of 2012. Those who knew her well felt that her Jewish identity remained strong, though she separated herself from religion. In later years she insisted that friends address her as “Shulamith,” not Shulie.

Firestone’s critique of marriage resembles that of another Jewish radical—anarchist Emma Goldman, who similarly railed against the “sex-class” caste system of marriage as absolutely irreconcilable with love and therefore unworkable. Other radical feminists saw glimmers of hope. Alix Kates Shulman’s 1969 article, “A Marriage Agreement,” with its proposition that men and women sign contracts establishing shared child care and housework, created considerable public debate. A prominent figure in Redstockings, the women’s liberation group established by Firestone and Ellen Willis, Shulman was motivated in part by the negative example of her mother, Dorothy Kates, who despite her “worldly accomplishments,” including three terms as president of the Federation of Jewish Women of Cleveland, had been reduced to the role of “dependent housewife.” For Shulman as well as Friedan and Firestone, a marriage with a subordinate partner could not be sustained.

These secular Jewish feminists were widely influential in the United States and abroad, including among the Jewish religious community. But even passionate advocates for equal religious rights like Blu Greenberg, the dynamic founder of the Jewish Orthodox Feminist Alliance (JOFA), were initially wary of feminism’s biting critique of marriage because of its consequences for Jewish family life. Today Greenberg has another point of view. “How much we owe them,” she said of these secular feminists, “how much they have changed the world. And here we are, still fighting for the agunah, with so little progress made after 40 years.” Greenberg believes that for Jewish marriage to thrive and fulfill Judaism’s sacred ethical principles, its participants must be free and equal. She acknowledges that the universalist vision espoused by these Jewish radical feminists and their multi-sided struggle against patriarchy laid the groundwork for what remains a continuing struggle for the Jewish religious community. There is still work to be done. 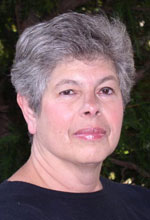 Joyce Antler is Samuel Lane Professor of American Jewish History and Culture and professor of Women’s and Gender Studies at Brandeis University. Her publications include You Never Call, You Never Write: A History of the Jewish Mother (Oxford University Press, 2007) and The Journey Home: How Jewish Women Shaped Modern America (Pantheon Books, 1997).

NEXT ARTICLE →
The Playwright, the Starlight, and the Rabbi: A Love Triangle