World War I played a crucial role in changing Jewish courtship and marriage patterns in Central Europe. Before the war, both bourgeois and religious Jews routinely arranged marriages for their children. Such marriages often united families already engaged in or brought new people into family businesses. Arranged marriage, which was also the norm in non-Jewish bourgeois circles, was primarily practical. Jewish families tried to find matches for their children that were class and status appropriate, matches that also worked to perpetuate Jewish social networks. Although marriage for love—common in literature and the new medium of film—existed as an ideal, in practice few people married for love, although many couples came to love each other during their engagement or after their marriage.

World War I changed everything. The war and its attendant suffering made parents less willing to force their children into marriages that they arranged, and it made young men and women feel that they should arrange their own marriages. How could parents force a son who had experienced the carnage and horrors of the front to marry some girl with whose family they sought a business connection? How could they make a daughter, who suffered hunger at home or who had fled with them in terror from Galicia to escape the invading Russian army, marry a man they had chosen for practical considerations? The war emboldened young people to make marriage decisions for themselves, and it created a situation in which parents felt they could no longer tell their children what to do.

Vienna provides a wonderful focus for an examination of Jewish courtship and marriage. Its large Jewish community included many highly acculturated bourgeois Jews who had lived in the city for at least two generations, but it was also composed of poor Jews, as well as Jewish immigrants from elsewhere in the former Habsburg Monarchy. There were refugees who had fled Galicia during the war with no homes to which they could return. There were also religious Jews, both rich and poor, immigrants or long residents in the city. For all these Jews, World War I provided an opportunity to end long-standing Jewish practices.

A close examination of Jewish memoirs and diaries from World War I through the 1930s reveals that young Jews now wanted the freedom to choose their own marriage partners. What is most interesting, however, is that most Jews who chose wives or husbands for themselves did not do so on the basis of love or even passion. What they wanted was autonomy and the right to chose. Like their parents, they often chose husbands and wives for practical reasons, expanding the orbit of practical concern from business connections to the person who would make a proper spouse and create a good home. Moreover, ideological compatibility was especially important for Jews on the Left or active in the Zionist movement. Arranged marriages continued in bourgeois and religious circles, but increasingly men and women chose their own partners, sometimes, but not usually, for love. Although they wanted to choose their own spouses, they continued to adhere to conventional expectations of gender roles within marriage and the family.

The diary of Teofil Reiss is a very interesting example of how Jewish men who had fought in the war felt they had the right to choose their own wives. Reiss was an army medic from Vienna, probably lower middle class, moderately religiously observant, and not well educated. His unpublished World War I diary reveals a man in his mid-twenties who thought he was terribly attractive to the ladies and who spent all his spare time going out with Jewish girls, both in Galicia, where he was stationed in 1915 and 1916, and back home in Vienna when he was home on leave. His main goal was to find someone who would make him a good wife. He rejected Sabine Sauer from Lancut, Galicia, in whose home he spent many weeks on leave, because she seemed too bold to make a good wife. He had loved staying at her house—mostly because of the good food and the interesting conversation with Sabine’s father as well as with the Hasidic rebbe of Zolynia, another guest—but he found her inappropriate, especially after she turned up in his barracks one day. Such behavior was not proper for a respectable girl, and he sent her away. Similarly he rejected many girls who, he claimed, threw themselves at him, proposing marriage. He wanted to choose his own wife, and he wanted her to be a moral, intelligent, respectable, responsible woman who would make him a nice Jewish home. Thus, he decided to marry Pepi Kamil, a friend of his sister in Vienna. She was neither pretty nor rich, but she was a “good girl,” a good daughter, and a seamstress who could earn her living if necessary. It is clear from his diary that they did not love each other when he decided to marry her in 1917. He had chosen her after careful, practical consideration, although they became emotionally close to each other after their engagement. His parents concurred with his decision. The couple married in February 1918 in Vienna, but Reiss was only happy when he and Pepi could settle down and create a home together. (Teofil Reiss, “Kriegstagebuch” in Kriegsarchiv, Austria, B/1576:12.)

For Reiss, neither love nor sex played a prominent role in his choice of a wife. The opposite was the case for Esti Drucker and Martin Freud, who also insisted on choosing their own life partners, but who did so because they were passionately in love with each other. Esti (Ernestine) Drucker was the daughter of a wealthy Jewish family, and her parents always assumed they would arrange for a wealthy Jewish businessman to marry their daughter. She had other ideas. She met Martin, Sigmund Freud’s eldest son, at a party in early 1918, and fell passionately in love with him. They determined to marry, but her parents disapproved. After all, Martin was a young lawyer and would not be able to support her accustomed style of life. Moreover, his father was a psychiatrist, “and a pornographic one at that” in her father’s words. They tried throughout 1918 and 1919 to arrange an appropriate marriage for their daughter, but she refused. The Freuds also opposed the marriage. Sigmund Freud even wrote to his son that Esti was “too pretty” for them, by which he meant she was too rich and spoiled. Esti and Martin persevered, and their parents allowed them to marry in the fall of 1919, when he returned from an Italian prisoner-of-war camp. Unfortunately, their marriage was unhappy. (Sophie Freud, Living in the Shadow of the Freud Family [Praeger, 2007].)

More common than marriage for love was marriage for the sake of ideological compatibility. Such was the case for Minna Schiffmann Lachs. A seven-year-old refugee from Trembowla, Galicia, she had arrived in Vienna with her family in 1914. Although she was sympathetic with the left-wing Zionist group Hashomer Hatzair, she refused to marry a comrade from that organization when he asked her to accompany him to Palestine in 1930. By that time she had moved away from her earlier Zionist commitments and had no desire to live in Palestine, especially not on a kibbutz. Now an ardent socialist, she decided to marry a fellow socialist, a Jewish attorney from Graz who worked for Vienna’s socialist city administration. He had won her heart when he had argued with those who expressed hostility to eastern European Jews. She told her parents that he was “the man most worthy of love that I have ever met.” She had decided to marry him because they shared the same ideological convictions and she admired him greatly. (Minna Lachs, Warum schaust du züruck: Erninnerungen 1907–1941 [Europaverlag, 1986], 170.)

Similarly, Prive Schächter Friedjung, a Jewish communist from Zadowa, Bukovina, who spent most of her life in Vienna, also married for the sake of ideological compatibility. The daughter of a poor, Hasidic family, she adamantly refused to marry any of the men her family tried to arrange for her. She wanted “to go out and seek work someplace as a free human being,” so she moved to Vienna in 1924. In Vienna she had a non-Jewish Communist boyfriend but she did not want to marry him; she did not want to offend her family, and the couple did not have enough money to marry. She married twice: once in 1931, merely to obtain legal status in Austria, and then again in 1936, to Jenö Fried, a Hungarian Jewish communist, while both were exiles in the Soviet Union. Theirs was a marriage of political convenience. They shared ideology, exile status, and the same crowded apartment, so marriage simplified the living arrangements. (Prive Friedjung, “Wir wollen nur das Paradies auf Erden”: Die Erinnerungen einer jüdischen Kommunistin aus der Bukowina, ed. Albert Lichtblau and Sabine John [Böhlau, 1995].)

Traditional arranged marriage certainly persisted in 1920s Vienna. Helen Hilsen’s younger sister Olga wanted a rich husband, so in 1923 she allowed her parents to make her a match, even though her sister, who had married for love, disapproved. (Helen Hilsenrad, Brown Was the Danube [Thomas Yoseloff, 1966], 129–31.) Marriage ads in the liberal, Zionist, and Orthodox press reveal that many men still wanted to “marry a business” and many woman offered money, apartments, and businesses to attract men to marry them. Religious Jews were determined to find appropriate religious mates for their relatives.

The persistence of traditional patterns, however, should not obscure the major change that had taken place. Jewish men and women might have been as pragmatic as their parents or traditional Jewish marriage brokers had been, or they could have married for love; nevertheless they increasingly felt they had the right to chose. The sufferings they had endured during World War I emboldened them to assert their right to decide with whom they should be for the rest of their lives. 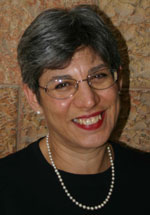 Marsha L. Rozenblit is Harvey M. Meyerhoff Professor of Jewish History at the University of Maryland, College Park. Her most recent book is Reconstructing a National Identity: The Jews of Habsburg Austria in World War I (Oxford University Press, 2001).

← PREVIOUS ARTICLE
One Jewish Woman, Two Husbands, Three Laws: The Making of Civil Marriage and Divorce in a Revolutionary Age