For the past seven years, we have been exploring the community of Kiryas Joel through the combined lenses of Jewish history, legal theory, and American law. Kiryas Joel is a legally recognized municipality about fifty miles northwest of New York City composed almost entirely of Satmar Hasidic Jews—22,000 at present, though doubling in population every decade or so. The community operates according to a strict code of halakhic observance and modesty norms. Its residents conduct their entire lives, from cradle to grave, in Yiddish. And total social segregation from the surrounding towns and villages of Orange County is considered essential to the preservation of the community. In these regards, Kiryas Joel comes close to embodying the mythic shtetl of Sholem Aleichem's vivid imagination (though the actual eastern European shtetl, we know, was far different from the idealized literary image).

How and why did this community, whose founders referred to it repeatedly as a shtetl, take rise on American soil? Religious subcommunities have had a long history of successfully carving out terrain for themselves on the American landscape. From the arrival of the first European religious dissenters to this country in the seventeenth century, America has permitted a diverse array of groups with strong claims to religious truth and distinctive ways of life to live in relative isolation and autonomy. Contradicting the communitarian critique, which maintains that liberal tolerance is paradoxically intolerant of "illiberal" communities, in practice, the principle of tolerance enshrined in the First Amendment right to freedom of religion has often extended to groups for whom tolerance and individual freedom are not supreme values. Inasmuch as Kiryas Joel is a community that brooks little dissent or deviation from the norms enunciated by its religious leaders, it fits into this tradition of illiberal religious groups in the history of American religious sectarianism. Residents of Kiryas Joel are expected to heed the social code of the community; when they violate it, as resident Toby Greenberg allegedly did in 2007 by wearing denim skirts, they risk ostracization and even physical threats. Members are also expected to heed the absolute authority of the rabbi, which has been a cardinal tenet of the Satmar movement from the time of the group's charismatic founder, R. Joel Teitelbaum (1887–1979).

If Kiryas Joel's illiberalism is, in an ironic way, characteristically American, so too is the way in which the community arose. The tattered fragments of the Satmar community originated in Satu Mare, Romania (previously Szatmár, Hungary) and were transported after the devastation of the Holocaust to the Williamsburg neighborhood of Brooklyn in 1946. By the early 1950s, Rabbi Joel Teitelbaum commenced a decades-long quest to find a place outside of the city with adequate housing for his ever-growing followers—and at a remove from the temptations of a teeming, multiethnic urban environment. By the early 1970s, Satmar Hasidim were buying property in Orange County, New York, and the first families settled there in 1974. By 1976, there were enough Satmar adults residing in an unincorporated section of Monroe Township (500) to approve a petition for recognition as a self-standing village in accordance with the democratic procedures prescribed by state law; in March of the following year, the Village of Kiryas Joel was formally established. Almost overnight, a loose collection of private property owners became a legally recognized municipality— and a Hasidic public square at that.

It was thus the most basic of liberal tenets, the quintessential individual right to acquire private property, that directly enabled the rise of Kiryas Joel. Likewise, it was the Satmars' subsequent deployment of the democratic procedures prescribed by state and local law that enabled the community to convert its private existence as a religious association and as residents of neighboring properties into political power, beginning with the establishment of officially recognized municipal institutions (i.e., the Village and the public school district of Kiryas Joel), and continuing with the community's astonishing record of success in securing state aid and legislative favors. Kiryas Joel's stunning growth over the past thirtyfive years is thus seen to have been achieved not despite but, rather, as the direct result of the Satmars' canny deployment of America's liberal and democratic norms. Notwithstanding its proud insularity, Kiryas Joel has repeatedly engaged the non-Jewish political world to achieve its ends, regularly hosting and lobbying politicians, and parlaying its capacity to deliver a bloc vote into a singularly successful exertion of American interest group politics.

What does this tell us about the secular? At first glance, Kiryas Joel might seem to bear a simple lesson about the conceptual and empirical weakness of classic secularization theory. After all, Kiryas Joel appears to be a daily demonstration of the ascendance of the religious over the secular, and the blurring of the boundary between the two, challenging Weber's famous notion of the "disenchantment of the world" (Entzauberung) that reached full form in the secularizaton thesis formulated by Peter Berger.

And yet, the relationship between the secular and the religious is not so simple. Berger himself has reconsidered his earlier views about the collapse of traditional religion in the face of secularization (The Desecularization of the World, 1999). As a result of generations of debate, we now have a more nuanced and dialectical view of the relationship between the religious and the secular. Talal Asad, a leading contributor to debate in recent decades, has argued persuasively against delineating distinct genealogies of the religious and the secular, averring that "the concept of the secular cannot do without the idea of religion." (Formations of the Secular, 2003) The sociologist José Casanova pushes back against this entwined genealogy by insisting on the continued differentiation of spheres—religious and secular or public and private—in the modern West. But significantly, Casanova modifies the familiar account of secularism's ascent and religion's demise by advancing the idea of "deprivatized religion" that emerges from the shadows of its post-Enlightenment marginality to enter the public sphere (Public Religions in the Modern World, 1994). Asad then glosses this assertion by arguing that deprivatized religions don't merely appear in the public sphere, but often alter and disrupt it.

The theoretical abstractions posited by Asad and Casanova might seem detached from the daily life of Kiryas Joel, New York. But our analysis of the interplay between private rights and public power in Kiryas Joel speaks to a number of the key points affirmed in their exchange. The village clearly exemplifies the kind of deprivatized religion that is no longer content to absent itself from the public square and is prepared to use the instrumentalities of public power to achieve its ends. Indeed, there has been a clear willingness in the Satmar movement—alongside its commitment to radical segregation—to engage secular political authorities in order to secure desired ends. While evident already in Europe, this tendency has been especially pronounced in the United States, where emboldened Satmar officials have developed close and effective ties to politicians in New York City, Orange County, Albany, and even Washington. Kiryas Joel has become a powerful force in local and state affairs, utilizing its heft to garner resources (e.g., housing, sewage, water, social services) that fuel its rapid growth—a record of success in the public square that has confounded, rankled, and often enraged its neighbors and other onlookers.

The open door that allows for daily interaction with the outside political world has also led to the importation of values foreign to the community. One obvious example is the use of the Internet in contravention of rabbinic bans on modern technology. Still another is the declaration made by some community members that "We have become a two-party system." Nothing, it would seem, could be more antithetical to the nature of authority in the Satmar universe than the idea of a two-party system. But in fact, in the wake of the founding Rebbe's death, there are now two main factions in the town, closely aligned with the two main contenders for ultimate authority in the "kingdom of Satmar," Rabbi Aron Teitelbaum and his Williamsburg-based brother Rabbi Zalman Leib Teitelbaum. The rhetoric used by the two sides. and their frequent resort to the civil courts to try to vindicate their competing claims, reflect the incorporation of mainstream American cultural norms, as well as the erosion of certain traditional Jewish norms, such as the longstanding injunction against seeking recourse in Gentile legal jurisdictions (`arkha'ot shel ha-goyim).

But it is not only such obviously American values as "the two-party system" or resort to secular courts that point to the "Americanization" of Satmar. As we have seen, "American" norms of private property and local democracy have also been effectively deployed by the Satmars in furtherance of their goals. One key consequence is the blurring of the boundary between private and public spheres. The Village of Kiryas Joel does not merely confirm the deprivatization thesis; it explains the mechanisms (i.e., private property and minority bloc voting) whereby deprivatization and the return of religion to the public square are achieved. It shows how the American liberal system allows private rights to be converted into public power, and thereby permits religion to penetrate the public square. The ability of the Satmars of Kiryas Joel to capture political power was directly dependent on their ability to constitute themselves as a geographically concentrated and demographically unified group; that in turn was directly dependent on their ability to amass and settle private property. One of the ironic lessons of this series of developments is that Kiryas Joel's striking insularity and homogeneity, which far surpass the European shtetl, are supported and enabled by America's liberal laws.

And yet, while the American legal order has paradoxically allowed for the creation of illiberal religious political enclaves such as Kiryas Joel, that very achievement may contain the seeds of its own demise. Intimate familiarity with the American political system has lead some within Kiryas Joel, in the midst of a pitched struggle for power, to question the thin boundary between religious and secular authority in the community, echoing the vaunted constitutional separation of church and state. One resident has even appealed repeatedly to the courts to dissolve the Village on these grounds. Has the door to the outside world been opened too far to be closed? The question cannot yet be answered conclusively but our study of Kiryas Joel does suggest the inadequacy of any dichotomous treatment of the religious and the secular—and the inextricability of the two in modern life. 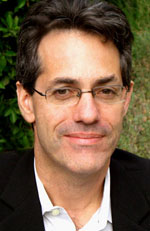 David N. Myers is professor of Jewish history and chair of the department of history at the University of California, Los Angeles.

Nomi M. Stolzenberg is the Nathan and Lilly Shapell Chair in Law at the University of Southern California. They are currently working together on a book about the Satmar Hasidic community of Kiryas Joel, New York.