Photos courtesy of the author.

"The people demand social justice" was the loudest and most frequently raised slogan of the Israeli social justice protests of the summer of 2011. The protests were certainly popular. Beginning with a protest encampment of about fifty tents on July 14th on Tel Aviv's Rothschild Boulevard, tens of thousands joined a demonstration in the city nine days later, increasing and spreading to 85,000–100,000 in rallies in other cities by the end of the month, then building to 200,000–350,000 a week later, and culminating (after a pause in the mass demonstrations) with about 460,000 on September 3rd, the majority of them in Tel Aviv.

The protests were also popular in the opinion polls, reaching up to 90 percent approval ratings. The protests were popular with the press too. Channel 2—which broadcasts Israel's most popular news programs—interrupted its usual Saturday night schedule with extended coverage of the big demonstrations. Crucial to these "media events" was a story of success or failure according to the numbers participating—would the anticipated target be reached? How quickly would the crowds gather? Popularity in the public sphere, like TV ratings, can be measured.

So who were these people? And what were their demands? From the start, the tent encampment gave voice to the frustrations of young, urban, generally secular Israelis with the cost of housing —both for rent and purchase—in the heavily populated center of the country (especially Tel Aviv). Between 2005 and 2011, rents had increased by nearly 50 percent in the Gush Dan region. A Facebook campaign launched by Daphne Leef, under the heading of "Bet, zeh 'ohel" ("H is for tent") sparked the broader protest and gave it some its names, "The Housing Protest" or the "Tent Protests." Very soon, however, the agenda of the protest movement broadened to include the high cost of living in general, building on the "cottage cheese" protests and boycott earlier in the summer that led to a drop in the price of that basic product.

In addition, the tent protests and demonstrations demanded better public services, notably health and education. Following decades of neoliberal economics, privatization, welfare cuts, and the concentration of much of the wealth in the hands of a few "tycoons," the crowds also called fora "welfare state."

The rapid accumulation of issues fed into the overall demand for "social justice," a demand addressed to the government, whose economic and social policies were neoliberal.

On occasion, the protest was held in the name of the middle class, as in this virtual poster circulated on the web for the demonstrations held on July 30th, which proclaims: "The middle class is collapsing: PROTEST RALLY . . . The struggle is e-v-e-r-y-o-n-e's struggle." If this were indeed the struggle of the middle class, could it be everyone's struggle—the "people's" protest? Sociologists Uri Ram and Danny Filc understood the movement to be creating a new class coalition and broad social solidarity between the Tel Aviv middle class and lower social strata, which could thus claim the title of "the people." Similarly, Ze'ev Rozenhak and Michael Shalev saw in the protests a response of the young middle class to their limited housing and career opportunities, which they framed in universal terms as "the people" rather than as a particular social group. Cultural philosopher Ariella Azoulay heard in the heterogeneity of the protestors' claims a new civil language in which the people articulated a universal demand for social justice. Whether middle class or not, the throng-filled streets, the sound of rhythmic chants, the collective energy of bodies in public space, created the heady atmosphere in which everyone, the "people," seemed to be demanding "social justice."

There were suspicions, especially from the naysayers, that this was no authentic, spontaneous grassroots movement expressing genuine economic hardship and dissatisfaction with the prevailing social order. Someone must be pulling the strings from above in a coordinated attack on the Likud-led government, said some, including leaders of the settler movement. The Communist Party, international anarchists, the "National Left" movement—leftists of all sorts. Or, it was said, the protests were not really serious— voicing the complaints of the rich, of hashish-smoking, sushi-eating hedonists, who all felt entitled to an apartment on Rothschild Boulevard. After all, they said, these were not actually homeless people, or welfare victims, as in previous tent protests. Even sympathizers imagined that some group or other must be organizing everything and running the tent encampments that spread from city to city—how else could this be happening? It was the Dror movement (graduates of the Ha-no'ar Ha-lomed Ve-ha-'oved youth group), or the scouts, or the National Union of Students. As it was, many groups did join in and lend support, including those above, as well as the nonprofit New Israel Fund, the Histadrut (Trade Union Federation), the mayors of Tel Aviv and Jerusalem, the left-wing Meretz Party. Even Prime Minister Netanyahu said he understood the problem with housing prices and was working to fix it. Taking in the signs and banners at the tent camps, it seemed that every social grievance was represented there: divorced fathers, animal rights campaigners, and by no means insignificantly, the campaign to "share the burden equally," meaning to oblige the ultra-Orthodox to conscript. The people.

Or only some of the people. The ultra-Orthodox were not there, other than some Bratslav Hasidim. The national religious were also thin on the ground, and the religious Zionist youth movement Bnei Akiva withdrew from the protests in the wake of accusations about the leftist character of the social protest movement. Yet, movements of "the people" are never all of "the people." Populist movements always entail some split between the totality of social classes and groups—some people are not "the people"— whether the aristocracy, the establishment, or the tycoons. Certainly, for some of the protestors, the tycoons, the government, and the neoliberal socioeconomic system they engineered, were the targets of the protest. The language of revolution was in the air.

Populist movements are usually energized by central fissure between "the people" and its enemy. In the case of the Israeli social protest, however, the split between the people and its enemy was less significant than the divisions within the protest. For the most part the protest held itself to be apolitical, raising problems that it demanded the government take care of rather than demanding to get rid of the government. The protestors, to be sure, were not bought off by the prime minister's announcement of a new housing plan on July 26th, and when the government appointed Professor Manuel Trajtenberg to head a commission for socioeconomic reform, the protestors appointed their own committee of experts. Ultimately, though, the social protest could not weave together a populist movement that could sustain its claim to speak for the people. As Chen Misgav has pointed out, the media focus on Rothschild and its social media origins drew attention away from other tent protests even within Tel Aviv and Jaffa that spoke for different social groups and demands. In the Ha-tikvah quarter, in Levinsky Park, in Jaffa, longer-standing grievances of Mizrahi Jews mixed with the national claims of Israeli Palestinians and African migrants' demands for rights. It's not that there was no sense among the protestors that if the people's demand for social justice were to be fulfilled, the perennial social injustices among the people would have to be overcome: between Jews and Arabs, Ashkenazim and Mizrahim, men and women, center and periphery. But the demand for social justice was never articulated in a way that could address all of those injustices. The social protest was indeed a carnival, but as Yehuda Shenhav says, despite its best intentions, a conformist carnival. 'Am, "people" in Hebrew, also means "nation," and in the Israeli context, the nation—a Jewish nation, Ashkenazi-dominated, masculinist, ruling over Palestinians—trumps the people. As one of the protest leaders, Stav Shaffir, put it following a terrorist attack on August 18th, the demand for social justice was framed in the terms of national security. The social protest was populist but not populist enough. The "nation" called for social justice. The people have yet to appear. 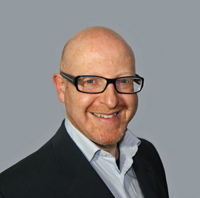 Jon Simons is associate professor in the Department of Communication and Culture, Indiana University, Bloomington. He published his PhD thesis, for which he studied at the Hebrew University, as Foucault and the Political in 1995. Since then he has published many essays on poststructualist and feminist political and cultural theory, and edited three volumes about critical theorists, published by Edinburgh University Press. Currently, he is the editor of the interdisciplinary journal Culture, Theory, and Critique. His research and teaching now focus on the interface between media, social and cultural theory, with a particular interest in popular, mediated, democratic politics and images. His current research project, Picturing Peace: Israeli Peace Images, conceives Israeli peace activism as persistent acts of political imagination that prefigure peace. He writes a blog connected to this research project: http://israelipeaceimages.com/

NEXT ARTICLE →
The Practice of Everyday Space