Imagine a powerful married man, a politician or religious leader, exposed for having an affair. The media cover the story and the man’s reputation is, if not ruined, at least tarnished. Although an extramarital affair is not illegal, many see his betrayal of his spouse as distasteful, perhaps even a reflection of other character flaws. To anyone who watches television, such a scenario requires very little imagination. Imagine, now, in the aftermath of such a revelation, this powerful man asserted that he had recently checked his marriage license, issued some twenty years ago, and had found a legal flaw. While he has, of course, loved his wife for these past two decades, he has found that he is not technically “married” to her. His indiscretion, then, should be excused, for he was in fact and in law a single man.

This second scenario takes a bit more imagination. To most of us this justification would sound ridiculous. Whatever the law says, it is clear that two decades of living together as a couple, raising a family, sharing a life and income make a “marriage.” Our hypothetical philanderer would be mocked if he were to suggest such an argument.

This hypothetical situation occurred to me as I was writing Jewish Marriage in Antiquity (Princeton, 2001). One of the leitmotifs of that book is the classical rabbinic understanding of marriage as a legal institution. While the rabbis certainly recognize that there might be love and attraction accompanying marriage and that the union is a social relationship that can lead to individual fulfillment for both partners, these ideas are largely secondary to their thinking about marriage. Marriage, first and foremost, defines a legal relationship that creates new rights and responsibilities, particularly in the areas of sexual relationships and property transfer. (Interestingly, in rabbinic law the marital status of parents—except in the case of adultery—has no bearing on the personal status of their progeny.) And as a legal relationship, it must be carefully defined.

Nowhere is this clearer than in the rabbinic discussions of how a marriage takes place. According to the rabbis, it begins at the moment of kiddushin, a binding betrothal. The rabbis allowed for different mechanisms of kiddushin, but they preferred what is practiced to this day: the transfer of an object of value (e.g., the ring) from a man to a woman with a statement of intent in front of witnesses (e.g., “Behold, you are betrothed to me with this ring according to the law of Moses and Israel”). Assuming that there are no legal disabilities, that’s all it took (and takes): at the end of this ten second transaction the couple is “married” in the eyes of the law and would require a formal divorce in order to remarry. Without this transaction, there is no marriage.

One of the more controversial claims that I made in my book is that this very notion—the formation of marriage—depends on a legally objective and verifiable act, like the term kiddushin itself, was a rabbinic innovation. There are very few references, most notably in the Hebrew Bible and the Gospel of Matthew to the notion of a binding betrothal. The available evidence suggests that most Jews in antiquity had no need for such a formal procedure. They prepared prenuptial contracts (the ketubah) that governed economic relationships rather than legally constituting a marriage. Like the Greeks and Romans, most Jews knew when they and their neighbors married. They participated in a celebration that could last for days, perhaps witnessed the evidence of the bride’s virginity. They hardly needed to pin down the precise moment of marriage.

Why, then, did the rabbis insist on a legal act to constitute a marriage? Because that is the kind of thing that the rabbis did, and because the stakes were so high. Can this answer be reformulated in a more specific way? Scholars who are familiar with Talmudic literature recognize that the rabbis created legal conditions, such as defining “work” on the Sabbath or when one should recite the Shema in the evening. In the case of marriage, there is another concern: adultery. Since the Hebrew Bible defines adultery (like violation of the Sabbath) as a capital crime, even the rabbis could not implement a penalty, they needed to define it. How do we know when a woman is married? Can we pinpoint the exact moment when her status changes? Most Jews, however, did not need to be bothered with such legal formalities. They knew adultery when they saw it. In the cases where they didn’t, the families negotiated with each other and the “elders” to resolve the situation. To them, as to us, the idea that a defective legal formality could take precedence over the praxis of marriage would have seemed absurd.

The contemporary debates about marriage strike me as obscured; it is often not clear whether they are about legal rights, public recognition, or private emotions. The rabbis do not provide a normative answer to this issue, but they can help us to disentangle what’s truly at stake. 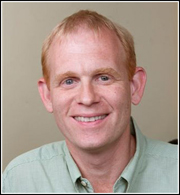 Michael L. Satlow is professor of Judaic Studies and Religious Studies at Brown University. Professor Satlow received his Ph.D. in "Ancient Judaism" from the Jewish Theological Seminary of America in 1993. His most recent book is How the Bible Became Holy. He is on the board of Henoch and is a co-editor of the Brown Judaic Studies series. He has held ACLS and Guggenheim Fellowships.

NEXT ARTICLE →
Reading Jewish Philosophy:
What’s Marriage Got to Do with It?