Both of us have lived far longer on the Lower East Side than anywhere else we might call home. Much of our work has focused on continuities and ruptures of its community, built environment, and collective memory in the decades from World War II to the present. Today's rapidly gentrifying neighborhood is a space that continues to grow less visibly Jewish. That sentence evokes a long-recognized trope whose timeline we extend as documenters of the neighborhood's transformation. Its continuing erosion as a place of living community has been the subject of discussion for over a century. Here, we draw attention to the links between memory, community, and interpretation as changes in its built environment accelerate. In 2013, the neighborhood attracts Jewish heritage tourism while the place is progressively hollowed out.

We have participated in the Lower East Side's (still!) living Jewish community, and enjoyed its intimate, mundane pleasures, from the aroma of potatonik warming on a shul's radiator to a neighbor muttering "ale mayne sonim …" in ominous greeting. One recent unexpected pleasure was creating a sukkah on unused public land to aid in converting it into a community garden. We have resisted the general urge to see the Lower East Side as a place where Jews used to live even as we point out the footsteps of those who once built this neighborhood into the world's largest Jewish city. We fight with allies what seems a rearguard effort to maintain a semblance of the built environment that evokes the richness of Jewish life here, even as we worry about the sapping of local Jewish institutional vitality. Yet much of this seems like an effort to hold on to fragments of living community. From a visitor's perspective, any pilgrimage to the Lower East Side traverses land where visible Jewish life (and that of other ethnic enclaves) may seem most notable for its relative absence.

Beyond mourning and nostalgic evocations of past plenitude (better: of past desperate overcrowding and naturalized intimacy), what do we notice that helps capture the increasing disassociation of the physical Lower East Side from the collective memories or origin myths associated with that space? What contemporary interventions take place between visitors, those who interpret the space for them, and current residents, that interrupt the process of evacuation of spatial memory? How, if at all, do crossings of the space still known as the Lower East Side permit connections to an environment once seen as paradigmatically Jewish?

For us, these questions are not only academic and theoretical. Our studies of Jewish history and culture, and our immersion in critical theory, inform the ways we physically and virtually inhabit our land, the Lower East Side. We number ourselves among the interpreters whose practice we turn to briefly now. Most would now call our area the East Village, but we still call it the Lower East Side, sustaining a consciousness of older and more capacious boundaries which we crisscross daily. Space permits us to detail only a few of the techniques we use and observe in a context increasingly shaped by destination culture and gentrification.

We are fortunate to live in a building created in the late 1920s for the alrightniks of the Lower East Side, and we fill it with neighborhood memorabilia. When guests come, we show off our collection of seltzer bottles, our Hebrew Publishing Company volume announcing in Yiddish that the company has gemuft, a Yiddish novel by the left-wing early twentieth-century writer Chaver Paver (Gershon Einbinder) that takes its name from nearby Clinton Street. We point out to them from our window the great statue of Lenin that stands guard at the roof of the ironically-named Red Square, a harbinger building of the neighborhood's gentrification that points back to its immigrant past. As they leave, we make sure they notice the "Deco-Semitic" imagery that festoons the building's lobby and exterior.

We fancy those guests are likely to step out into the night of Avenue A, jostled by crowds of twenty-something bar-hoppers, somehow more conscious of the neshomes that walk these streets as well. We may well have told them about the annual chalking of sidewalk memorials at the local addresses of those who perished in the Triangle Fire. We show them the painted-over mezuzahs on our building's apartment doors, another mark of past Jewish presence. A segulah of sorts, they continue to ward off the erasure of memory, but only if actively seen.

Interventions drawing on such material traces of daily life are intended to stem the dissolution of an urban Erdeskunde, of the sensibility in which knowing each piece of the Lower East Side is knowing another part of Jewish history and its accumulated body of shared references. Such knowledge of Jewish land has been studied mostly in association with Zionism (and more recently, by Sam Kassow, in the context of Polish- Jewish Landkentenish). But consider for just a moment the scales of land-reference and land-experience on the Jewish Lower East Side. Jewishly, different parts of the neighborhood were once somewhat discrete miniworlds of Russian, Lithuanian, Romanian, Galitzianer, Hungarian, Greek, and Levantine residents. Until a year ago, our building had two elderly residents who had only lived within a sixblock radius, and one thought the other to be provincial since she didn't make it to Second Avenue. Recreating such past mental maps is a form of claiming space in the present; walking those spaces reclaims past knowledge.

Similarly, tour guides are well advised to arm themselves with memory prosthetics to aid narratives rather than relying solely on pointing to a building, corner, or streetscape to evoke its history. These prosthetics can include historical photographs, handouts, or song sheets. Elissa, for example, often brings along a copy of Allen Ginsberg's "Kaddish" and, at an appropriate point, has a member of the tour group read the passage about the view of Second Avenue looking downtown. Such interventions are not "living history" simulacra, even though they must use artifice to tap collective memory.

Similarly, the Museum at Eldridge Street's claim that it remains an active synagogue speaks to its interpreters' desire to present it as a living J ewish space. While its walking tours are popular, the neighborhood's changes are mirrored in its website interactive maps, affording a virtual navigation of the neighborhood's past as seen mainly through clustered sites of iconic buildings, color coded according to ethnicity. The Forward's former building— now a landmarked expensive condo replete with restored busts of Marx, Engels, and company— is one such icon, shown on tours that walk the land as well as those that troll it virtually. No entry is allowed, though words printed in the Forward long ago can be read aloud across the street. While visitors to the Tenement Museum can experience the power of stories told in place, those visitors cannot inhabit the Forward Building, even for the space of a few minutes. Since the irony of the oncesocialist Forward's upscale condo fate is readily apparent, one touring strategy is to allow it to open up the question of the neighborhood's manifold changes.

Another strategy is to read streetscapes allegorically as though they were the place we would have liked to visit a century ago. Thus visitors may visually jump through time by reading Fujianese blocks as the bustling, abundant physical analogue to a past Jewish immigrant tenement streetscape. People experience the past in the present, an obvious formulation but one which can challenge guides to articulate the tangible stakes of substituting visions of the past for the present streetscape. Guides can also nudge visitors' attention back toward the present, reversing a gentrified repackaging of history by pointing to the politics of nostalgia and real estate. It doesn't take a PhD in Cultural Studies to see that tropes of "bringing the Lower East Side back to life" ignore that it never died.

The authenticity of the interpreter— her own performance of belonging to this space and its material culture—is her stock-in-trade. Here, memory merges with an affective storytelling that uses buildings and streetscapes as deeply respected props to be knowledgably and intimately interpreted. Jewish heritage tourism is an item on the menu of destination culture in a city where the authentic visit is the priceless cultural snag. The lure of authenticity encourages visits to a Lower East Side that is both diminished and hip. Experienced tour guides serve as salvage anthropologists of the built environment, engaged in a constant trade between past use and present value to sustain something between representation and memory.

And finally, we underscore the tension between claiming the Lower East Side as a Jewish place—yesterday, today, and tomorrow—and recognizing its astonishing class inequities and ethnic dynamism. To be sure, the Lower East Side has a relatively lower population than a century ago, when it was the most crowded place on the face of the earth. But (somewhat like Palestine when the first Zionists arrived, though we can hardly begin to guess at the implications of this analogy), the Lower East Side has never been "empty." The challenge for us on this land remains: keeping the distinctiveness of Jewish life going, even as the scope of that life persistently diminishes, and even as we recognize that here, especially in the wake of the attacks on the World Trade Center and of Hurricane Sandy, Jewish life is with (many other kinds of) people. 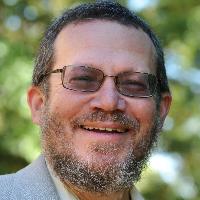 Jonathan Boyarin is the Mann Professor of Modern Jewish Studies, Professor of Anthropology and Near Eastern Studies, Cornell University. He is the author of Mornings at the Stanton Street Shul: A Lower East Side Summer (Fordham University Press, 2011).

Elissa Sampson is a PhD candidate in Urban Geography at the University of North Carolina, Chapel Hill.