The main aim of my book, Jewish Babylonia between Persia and Roman Palestine, is to understand the diverse cultural forces impinging on the rabbis who produced the Talmud Yerushalmi and Bavli. In order to do this, I read the Yerushalmi on the background of Roman culture and the Bavli on that of Persia. For example, I argue that Palestinian rabbis were more integrated into Jewish society than were Babylonian rabbis, who tended to set themselves apart from other Jews. Babylonian rabbis rarely interacted with non-rabbis in informal settings: as guests for dinner at the non-rabbi's house, via casual contact in the streets and marketplaces, as invited guests at the same party and the like. In this respect, Jewish society in Babylonia had more in common with Persian than with Roman models, since Persian society discouraged movement and interaction between classes, in contrast to Rome, where upward (and downward) movement from one class to another was a relatively common phenomenon.

Babylonian rabbinic obsession with genealogy was a crucially important factor motivating the rabbis' detachment from other Jews, and characterizes them as typically Persian given the rigid hierarchical divisions between classes in Iranian society. The Babylonian rabbinic movement itself was rigidly hierarchical, with distinctions drawn not only between students and teachers but also between one teacher and another. There was no such thing as a collegial relationship between teachers of equal status, but rather between superior and subordinate teachers. Hierarchical relationships between rabbis in Babylonia tended to be static, so that once one's status vis-à-vis other rabbis had been determined, little could be done to change it. Relationships between Palestinian rabbis were significantly more flexible.

In addition, my book challenges the traditional scholarly view that the transition from Parthian to Sasanian Persian rule in the early third century CE was a watershed in Iranian history, arguing that the Jews, and perhaps even the ruling Iranians, did not consider this transition to be significant. Scholars often portray the Parthians as Hellenized interlopers and not really Persians, according to which the Sasanians represented a return to Achaemenid Persian orthodoxy. This issue is of crucial importance in modern Iranian scholarship, and upsetting the traditional scholarly paradigm has roughly the same impact as demonstrating that the transition from British to American rule in 1776 was of trivial importance to those who lived through it.

I also argue that Persian attitudes and practices with regard to idols and idol worship had a significant impact on Babylonian Jews, constituting another respect in which Jewish Babylonia was more Persian than Roman. To be specific, the Bavli attests to a distinction between Parthian and Sasanian Babylonia that confirms scholarly claims regarding the different policies of the Parthian and Sasanian dynasties with respect to idols. In contrast to the Parthians, who routinely worshipped idols, the Sasanians proscribed statues and raised reliefs used in cultic ceremonies. This distinction between the two dynasties corresponds to the picture supplied by the Babylonian Talmud, according to which only rabbis who lived during the Parthian period came in contact with idols in a public religious setting.

My book also analyzes the critical importance of eastern provincial Roman culture on the rabbis of Babylonia, but the Persian context explains why the editors of AJS Perspectives asked me to contribute this essay. The Oxford University Press website boldly proclaims that my book was named a Notable Selection by the Association for Jewish Studies Jordan Schnitzer Book Awards and "Best Book of the Year on Ancient Iran" by the Iranian Ministry of Culture. It is not often that Jews and Iranians agree on something these days, so perhaps this peculiar accord is a small sign that world peace is possible.

When Oxford informed me of the Iranian award, I was, to put it mildly, curious about what the Iranians found appealing about my book. We westerners have what is probably a skewed understanding of contemporary Iran, but we generally don't attribute to Iranian governmental institutions an interest in the Jewish experience even when it sheds light on significant aspects of Iranian history. I can't claim to have completely solved the mystery, since several people who might have been able to pursue the story to its source inside Iran spoke of their fear of possible reprisals against their Iranian friends. My informants graciously gave me permission to quote their words, but asked me not to use their names.

What about my book appealed to the Iranians? One possibility is the case I made for the applicability of the Iranian cultural context for understanding the Babylonian Talmud. Iranian scholars have been known to like Indo-European linguists who emphasize the importance of Old Persian, which is often neglected in favor of Sanskrit and Hittite. In addition, the Ministry of Culture may have approved of my conclusion that the Sasanians did not persecute the Jews when they took over from the Parthians in the early third century. Perhaps the Ministry of Culture approved of my portrayal of the "authentic" Iranians as enlightened leaders who refrained from mistreating minorities in their empire. Perhaps they were impressed by the revolutionary discovery that the rabbis viewed the transition from Parthian to Sasanian rule with equanimity.

But these explanations presuppose that the Iranians actually read my book, a possibility I found difficult to believe. Those who actually knew Iran firsthand, however, tended to be less perplexed. According to some, the Ministry is interested in dispassionate scholarship in addition to politics. According to this view, several members of the Ministry do not belong to the ruling regime, and obviously the independent-minded members were behind the selection of my book. Others contended that the Ministry wishes to convey the impression that they are interested in dispassionate scholarship and not just politics, but nothing in Iran happens without a political reason. The Iranologist who nominated my book for the award noted that it won the prize before the unrest following the contested elections of 2009, which caused a dramatic reduction in the already severely circumscribed area of freedom of expression within Iran.

The person whose judgment on the matter I most trust said that the Ministry is interested in promoting international scholarship on Iranian antiquity, encouraging international collaboration with Iranian scholars, and improving the Iranian image in the world. Most Iranians are not supporters of the present government, he observed, and they should not be made responsible for the madness of their leaders. Iran is confusing and chaotic, and is not at all the tightly controlled centralized totalitarian regime so often portrayed in Western media. Many Iranian scholars now acknowledge Jewish history as part of mainstream Iranian culture, and it is therefore not as shocking as one might think that they esteemed a book about Jews in ancient Iran. In fact, a book by my informant was once nominated for the award, although he didn't win, probably because at the time he was an Israeli citizen.

President Ahmadinejad attends the ceremony and personally hands out the award, which leads some to view its acceptance as tantamount to recognition of the legitimacy of an ugly regime in exchange for honor and a substantial financial benefit. Oxford informed me of the award over a year ago, however, and I have yet to receive my letter of invitation to Iran. We can hope that the political situation in Iran will dramatically improve in the future, but it is with more than a touch of regret that I acknowledge that as time passes, it becomes increasingly unlikely that I will ever have to confront this difficult ethical predicament. 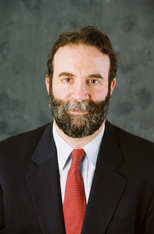 Richard Kalmin holds the Theodore R. Racoosin Chair of Rabbinic Literature at the Jewish Theological Seminary, where he has taught since 1982. He is the author of several books and numerous articles on the interpretation of rabbinic stories, ancient Jewish history, and the development of rabbinic literature. His publications include the award-winning Jewish Babylonia between Persia and Roman Palestine, published in 2006 by Oxford University Press, and Sages, Stories, Authors, and Editors in Rabbinic Babylonia, considered a classic in its field. He has been a visiting professor at Hebrew Union College, Union Theological Seminary, and Yale University, and a faculty fellow at the University of Michigan and the Institute of Advanced Studies at Hebrew University. He is the recipient of a grant from the National Endowment for the Humanities in support of the research and writing of his forthcoming book, Migrating Tales: The Talmud’s Narratives and their Historical Context, to be published in October 2014 by the University of California Press.

NEXT ARTICLE →
Baghdad in the West: Migration and the Making of Medieval Jewish Traditions

← PREVIOUS ARTICLE
Iran and Iraq: Demography beyond the Jewish Past