In modern parlance, an apocalypse is a disaster of cosmic proportions, such as might be set off by a nuclear explosion. It derives this connotation from the prototypical apocalypse, the Book of Revelation in the New Testament, which does indeed describe cosmic disasters on a grand scale. Revelation chapters 8 and 9, for example, describe a series of disasters introduced by trumpet blasts that destroy much of the earth. In those days, we are told, people will seek death and not find it. Eventually, the present heaven and earth pass away and are replaced by new ones. In an age where cosmic catastrophe is all too real a possibility, these ancient images of destruction are often eerily relevant.

The Book of Revelation was an adaptation of a genre that flourished in Judaism around the turn of the era. The earliest examples date from the early second century BCE. Typically, they are attributed to famous ancient figures, such as Enoch or Daniel, who could not possibly have been their real authors. (Enoch supposedly lived before the Flood; Daniel in the Babylonian Exile, but his visions concern a time some four hundred years later.) These names lent authority to the revelations, and also enabled the authors to present overviews of the intervening history in the guise of predictions. Since these “predictions” were known to have been fulfilled, the real predictions of the future could be trusted too. Apocalypses were often written in response to actual disasters. An early cluster of apocalypses, including the Book of Daniel, is associated with the disruption of the temple cult by the Syrian king Antiochus Epiphanes in 167 BCE. Another series of apocalypses was written in response to the destruction of Jerusalem by the Romans in 70 CE (Revelation, and the Jewish apocalypses 4 Ezra, 2 and 3 Baruch). The images of destruction, then, reflected actual experiences, but projected them onto a cosmic scale. But there was more to ancient apocalypses than the imagery of destruction.

The word apocalypse actually means “revelation.” Apocalypses are typically visions that disclose not only the future but also the supernatural world. Several apocalypses contain visions of God’s throne in heaven (Daniel 7, Revelation 4), based on older, biblical visions in Isaiah 6 and Ezekiel 1. They are typically populated by angels and demons, which influence human action on earth. Some apocalypses include detailed descriptions of the heavens or the netherworld. They are not only predictions, but provide an alternative way of imagining the world, one in which things are not what they seem from an earthly perspective. Often the authors draw on ancient myths to describe this view of the world. One such myth describes a great conflict between a divine, or semidivine, figure riding on the clouds of heaven and a beast or dragon that rises from the sea. This myth, in various forms, was often used to describe creation in the ancient Near East. In the apocalypses, especially in Daniel and Revelation, it is projected into the future, suggesting that the world will have to be created all over again. (This future projection of the battle with the dragon is found already in Isaiah 27:1, which says that “on that day: the Lord will punish Leviathan the fleeing serpent, Leviathan the twisting serpent, and he will kill the dragon that is in the sea.”)

The disasters that the apocalypses foretell are not just natural upheavals like tsunamis or hurricanes but acts of divine judgment. Like the prophets before them, the apocalyptic writers believed that God would intervene to judge the world. In the prophets, the judgment was primarily the judgment of Israel and was carried out by God’s proxies, such as the Assyrians and the Babylonians. The apocalyptic writers, however, envisioned the judgment of these foreign powers, which had oppressed Israel. (This is still the case in the Book of Revelation, whose author identified himself as Jewish, and which foresaw God’s judgment on Rome.) Moreover, the judgment in the apocalypses has an otherworldly dimension. Not only will the hostile powers, such as Syria or Rome, be destroyed, and the wicked be condemned to eternal punishment, but the righteous will be rewarded with eternal life with the angels in heaven.

We can appreciate easily enough why these texts were appealing in times of persecution, or in the wake of a disaster like the destruction of Jerusalem. Apocalypses gave people hope in times of despair. They also gave people the strength to endure. The goal of life was not the traditional one of living long in the land and seeing one’s children’s children, but eternal life with the angels in heaven. One could afford to lose one’s life in this world, in the hope of gaining life everlasting. In both Daniel and Revelation, the heroes are those who let themselves be killed rather than be unfaithful to their religious beliefs.

Many people, however, would argue that the hope the apocalypses provided was false. Typically, apocalypses promised that the judgment they describe must take place soon. In modern times, apocalypticism is often associated with setting a date for the “end.” This was the case with the Millerite movement in Ohio in the 1840s, and again with the predictions of Harold Camping as recently as 2011. There are remarkably few attempts to set exact dates in the ancient apocalypses, though the Book of Daniel is a notable exception. The book ends with a double prediction: “From the time the regular burnt offering is taken away and the abomination that desolates is set up, there shall be one thousand two hundred ninety days. Happy are those who persevere and attain the thousand three hundred thirty five days” (Daniel 12:11–12). Evidently, the first number of days passed uneventfully, and the author recalculated—a procedure that is well documented in modern apocalyptic movements such as the Millerite’s. Of course, the second number of days also passed, but the prophecy was not discredited. The Jewish historian Josephus, writing some 250 years after Daniel, said that Daniel was the greatest of the prophets because he not only predicted what would happen but also said when it would happen. Josephus, like many people in antiquity, assumed that if the prophecy was not fulfilled literally, then it could not have been intended literally. People continued to reinterpret Daniel’s prophecies down through the Middle Ages, often assuming that a “day” in the prophecy really meant a year. The problem then was to determine the correct starting point. The predictions of the Millerites, and of other modern apocalyptic movements have been based on reinterpretations of Daniel in this way.

Given that apocalyptic predictions inevitably fail, we may wonder why this kind of literature retains its appeal. The use of mythic language lends itself constant reinterpretation. In Daniel, the fourth beast rising out of the sea was the Greek empire. In Revelation and in 4Ezra, it is Rome. Many other identifications would be made over the centuries. In the twentieth century, the identification of apocalyptic imagery with current political figures and events became a virtual industry, in the hands of authors like Hal Lindsey, whose best-selling book, The Late Great Planet Earth, has sold tens of millions of copies since 1970. But while these identifications all need constant revision, and consequently seem illusory, apocalyptic visions still strike a chord in the human psyche. They underline the fragility of human existence, and speak to a deep-rooted fear of annihilation. On a more personal level, they speak to the fear of death. The hope for an afterlife—which is an integral part of apocalyptic expectation—provides a way of soothing that fear. Apocalyptic literature reminds us that this world, in fact, is passing away. Even if the physical universe remains forever, all our lives are finite, so that we always live in anticipation of an ending. It is that enduring dimension of the human condition that gives apocalyptic literature its power. 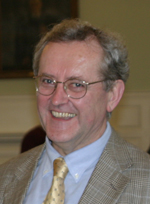 John J. Collins is Holmes Professor of Old Testament Criticism and Interpretation at Yale University. He previously taught at the University of Chicago and at Notre Dame. He received his Ph. D. from Harvard (1972). His more recent books include a commentary on The Book of Daniel (Hermeneia series; Fortress Press, 1993), The Scepter and the Star. The Messiahs of the Dead Sea Scrolls (Doubleday, 1995), Jewish Wisdom in the Hellenistic Age (Westminster, 1997), Apocalypticism in the Dead Sea Scrolls (Routledge, 1997), Seers, Sibyls and Sages (Brill, 1997), The Apocalyptic Imagination (revised ed., Eerdmans, 1998), Between Athens and Jerusalem. Jewish Identity in the Hellenistic Diaspora (revised ed., Eerdmans, 2000), Introduction to the Hebrew Bible (Fortress, 2004), Does the Bible Justify Violence? (Fortress, 2004), Jewish Cult and Hellenistic Culture (Brill, 2005), Encounters with Biblical Theology (Fortress, 2005), The Bible after Babel. Historical Criticism in a Postmodern Age (Eerdmans, 2005), King and Messiah as Son of God (Eerdmans, 2008, with Adela Yarbro Collins), and Beyond the Qumran Community. Sectarian Communities in the Dead Sea Scrolls (Eerdmans, 2010), and The Dead Sea Scrolls. A Biography (Princeton University Press, 2012). He has served as editor of the Journal of Biblical Literature and of Dead Sea Discoveries, and of the Supplement Series to the Journal for the Study of Judaism (Brill) and is currently general editor of the Anchor Bible series for Yale University Press. He has been president of the Catholic Biblical Association (1997) and president of the Society of Biblical Literature (2002). He is co-editor of The Encyclopedia of Apocalypticism (Continuum, 1998), the Dictionary of Early Judaism (Eerdmans, 2010) and the Oxford Handbook of the Dead Sea Scrolls (Oxford), 2010) and editor of the Oxford Handbook of Apocalyptic Literature (2014). His most recent books are Introduction to the Hebrew Bible, revised edition (Fortress, 2014), Short Introduction to the Hebrew Bible, revised edition (Fortress, 2014) and Scriptures and Sectarianism. Essays on the Dead Sea Scrolls (Mohr Siebeck, 2014).

NEXT ARTICLE →
The Pursuit of the Millennium at Qumran