Jewish Studies needs to do better when it comes to gender inclusivity. Here, as a complement to critiques of gender imbalance in Jewish Studies, we offer a brief list of constructive moves for scholars seeking to make Jewish Studies a more inclusive field. Our list includes several interlocking dimensions: the presence of women and nonbinary scholars; the study of topics related to women, gender, and sexuality; and analytical and theoretical tools that help us ask new questions about old topics. Although gender inclusivity does not get to all of the roots of patriarchal norms in our field, we see it as one basic goal that complements other methodological and epistemological goals. We hope that it will foster conversation about common problems incubated by patriarchy and potential strategies for change.

Practice inclusion in your own scholarly spaces and research

In writing about a Jewish group or Jews in a historical moment, ask yourself about the presence of women and gender nonconforming people in that community. If it seems they do not play a prominent role, ask yourself why they are submerged and what that accomplishes for the members of the group, its ideology, its relationships, and its reputations.

In writing about a thinker, text, or movement of thought that is entirely male, ask yourself if feminist theory might illuminate the structures, power, and relationships present. Are certain terms or ideas implicitly gendered or eroticized through metaphors? How do gender and sexual arrangements function in the larger framework? Seek out scholarship by women and nonbinary authors and read it.

Read feminist and queer theory and think about its applicability to Jewish Studies. 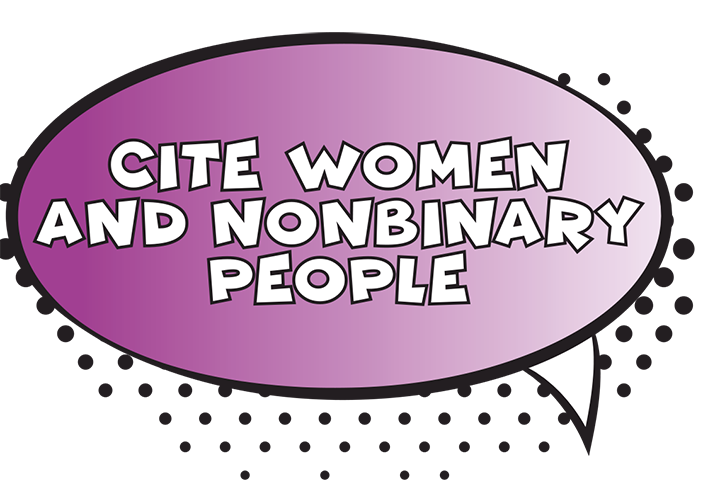 Cite women and nonbinary people. Look at how you cite them too: Is it only in footnotes, or do you engage their ideas substantively within the text? Never organize an all-male panel, conference, lecture series, editorial board, or edited volume. If you find you don’t know enough nonmale scholars who work on the topic, ask your colleagues, use social media, and consult websites like https://womenalsoknowhistory.com/ (History focused) and https://womenalsoknowstuff.com/ (Political Science focused).

Put women and nonbinary authors on every syllabus. Ask your students to consider how historical or cultural or intellectual developments might have affected women or gender nonconforming people differently. Have them pay attention to what is missing in the readings you assign and how the readings might be different if, for example, a woman had authored the text or if the author had thought about people of other genders. Ask them to think about what this exclusion accomplishes. 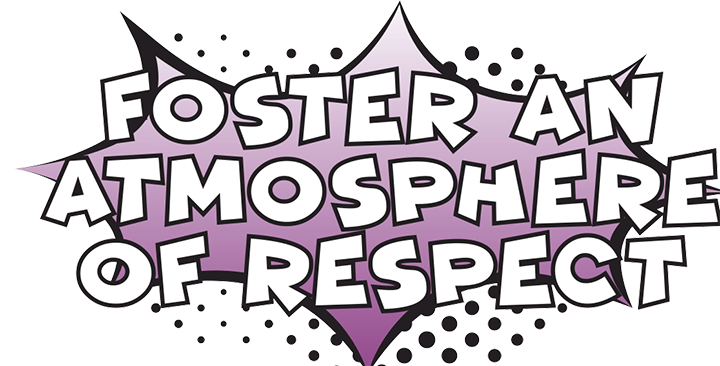 In your classroom, foster an atmosphere of respect and encouragement so that voices that have been marginalized or even silenced will feel empowered. Be careful not to foster, in any way, a culture of harassment or marginalization. Have students and colleagues identify their pronouns, never make sexual jokes, never comment on students’ bodies or clothing, and never use gender identity or sexual orientation as an excuse to disparage. Such principles are rules at most colleges and universities; let Jewish Studies stand at the forefront of respecting those rules.

Encourage inclusion for colleagues and within your organizations

When you work as a peer reviewer or an editor, look at each bibliography. If it is overwhelmingly male, ask the author to consider women and nonbinary scholars.

The Journal of the American Philosophical Association instructs authors to seek out “all the literature, relevant to their topic, that may have been published by women or other individuals from underrepresented groups.”i Jewish Studies journals can do likewise. If you serve as an editor or on an editorial board, consider adopting similar policies or instructions.

University presses can also create formal structures for inclusion. For example, Princeton University Press, responding to our critique of Hasidism, a book written by eight male authors, has now put into place regulations for gender inclusivity for authors, contents, outside reviewers, and writers of blurbs. If you are a series editor or have another close relationship with a press, encourage your press to follow suit.

When you discover you’ve been invited to something that is not gender inclusive, say something. What you say and how you say it can depend on your own position. Graduate students and non-tenure-track faculty may say something like, “I learned a lot on this panel, but I do wish there were more women’s voices,” while a tenured professor might write to the organizers as soon as they notice the imbalance. A message like this might say, “I noticed that this conference has mostly male speakers, and I wanted to suggest that we include women. I admire the work of Dr. So-and-So and Prof. So-and-So, and they could add important perspectives on X and Y,” or, if the organizers express lack of interest in changing the lineup, “I now see that this is an all-male conference, and so I will have to withdraw.” One of us, invited as the only woman to speak at a three-day conference, said she would deliver her paper from behind a screen unless additional women were invited to speak. Other women were immediately invited.

Include female and nonbinary colleagues in discussions and meetings, informal and formal.

At conferences or lectures, try not to call on a man first. Studies show that when a woman asks the first question, the subsequent conversation is far more balanced with respect to gender. Encourage your female students to raise their hands. Call on women when you lecture and respond to them with encouragement.

Change the structure of the field

Actively mentor women and nonbinary junior colleagues and graduate students. Introduce yourself at a conference, send an email when you read a piece you like, and promote good work on social media. It’s hard for women to enter a field dominated by men; reach out and encourage women to join the field. 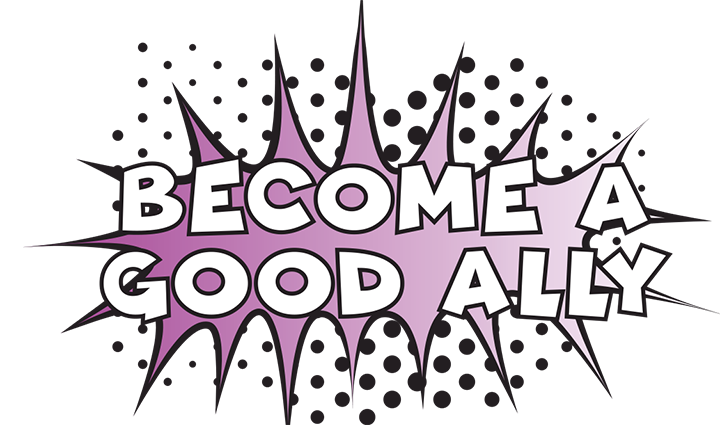 Seek to become a good ally in ways that fit your position. A recent example: one of our senior colleagues attended a Jewish Studies seminar and was shocked by the patronizing attitudes that the male scholars displayed toward women scholars, and offered to write a letter to the institution’s provost. 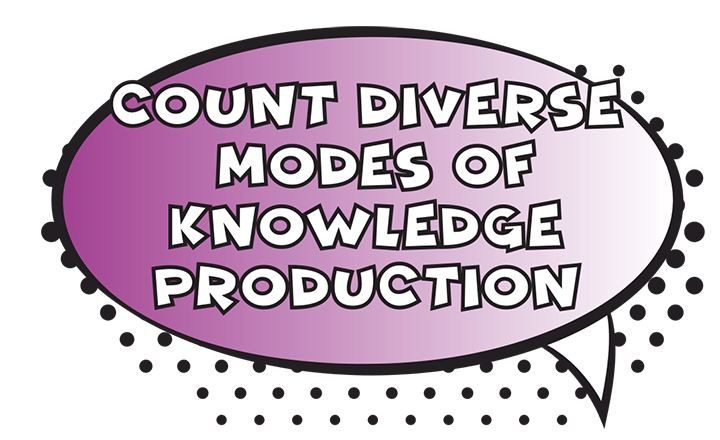 If you serve on a tenure or promotion committee or write a letter for a colleague’s tenure, remind colleagues of the ways in which student evaluations of teaching reinforce racism and sexism.ii At the institutional level, advocate for tenure and promotion to “count” diverse modes of knowledge production, such as reflexive or narrative writing and public scholarship.

Encourage your institution to prioritize gender inclusivity. The online version of this article provides links to scientific studies showing the value of gender inclusivity; you may find these helpful in convincing administrators and colleagues.

Susannah Heshel is Eli Black Professor and chair of the Jewish Studies Program at Dartmouth College. She is the author of Abraham Geiger and the Jewish Jesus (The University of Chicago Press, 1998), The Aryan Jesus: Christian Theologians and the Bible in Nazi Germany (Princeton University Press, 2010), and Jüdischer Islam: Islam und jüdisch-deutsche Selbstbestimmung (Matthes & Seitz Berlin, 2017). She is co-editor, with Umar Ryad, of The Muslim Reception of European Orientalism (Routledge, 2019).

Sarah Imhoff is associate professor in the Department of Religious Studies and the Borns Jewish Studies Program at Indiana University. She is author of Masculinity and the Making of American Judaism (Indiana University Press, 2017).

NEXT ARTICLE →
Dynamics of the Patriarchy in Jewish Communal Life: An Infographic