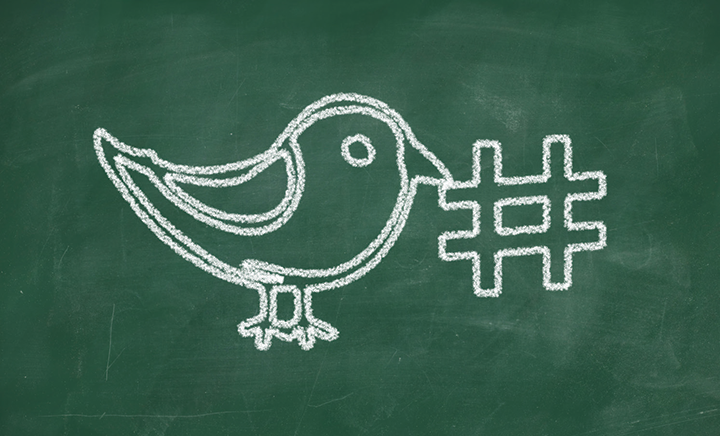 The Hebrew Bible is patriarchal—predominantly produced and copied by and for men. One way that I disrupt the inherently patriarchal reading of the biblical narrative in my classroom is to focus on all the figures in the narrative, rather than just on the (male, privileged) protagonist. In this case study I explore how I disrupt the patriarchal narrative of 2 Samuel 11:1–12:25 using tweets.i

To review 2 Samuel 11–12 briefly, King David spies Batsheva bathing on a rooftop, has her brought to him, and has sex with her. Learning that she is pregnant with his child, David orders that her husband Uriah be brought back from the war so that he will have sex with her and Uriah will think the child is his. When Uriah refuses to have sex with his wife because his fellow countrymen are still at war, David sends him to the front lines, where he is killed, so that David can marry Batsheva (chapter 11). In chapter 12 Nathan confronts David on behalf of the Lord, David accepts that he made a mistake and repents. For punishment from God, Batsheva and David’s firstborn son dies, but she soon becomes pregnant again and gives birth to Solomon, who becomes the heir to the throne.

While students understand that how David treats Batsheva—spying on her while she is bathing, having sex with a married woman, attempting to trick and then kill her husband— violates today’s standards, David’s violations are retroactively justified through his repentance and the death of his firstborn son. David and Batsheva then go on to produce the next king of Israel. The text clearly portrays God as approving of the union despite David’s actions. God’s eventual approval suggests that the ends justify the means in this case, and that David’s actions, while not condoned, are forgivable offenses. This reading supports a patriarchal lens and reinforces the misogynistic elements present throughout Tanakh.

The Twitter assignment attempts to disrupt this underlying misogynistic and overtly patriarchal reading of the text by having students examine the actions and reactions of figures through a careful reading of the text, translated into a tweet—280 characters of contemporary language. I prepare index cards with the names of each of the characters and one of the two chapters (e.g., David - 11, Batsheva - 11, Uriah - 11, Nathan - 12, etc.). I mix these up and hand them out randomly as students arrive to class. After some in-class analysis of the figure of David and the monarchy, we move to exploring 2 Samuel 11–12. I then explain the activity:

1. Together with their groupmates who have the matching index card, students are to read through the assigned chapter and discuss the main points of the narrative, focusing on the point of view of their character.

3. Students create four tweets (each tweet can be a maximum of 280 characters) from the point of view of their assigned character. They are to use contemporary language and standard Twitter features (e.g., hashtags, @, images, quoting/ commenting on other tweets, etc.). They may create a new tweet, develop it as part of a thread, or in response to a particular tweet.

4. Finished tweets are written on the board and discussed as a class. In addition, I also provide students with a sample tweet from 2 Samuel 6:12–23, from Michal’s perspective, as an example:

The activity itself does not need to take long; limiting the number of tweets to four means that students have to focus on the main points of the narrative for their assigned figures. Students need twenty minutes to read, develop their tweets, and write them on the board, and I allow ten minutes for discussion of the tweets and the activity afterwards.

What This Activity Does

Using Twitter, students are able to engage in a (localized) social media discussion of the biblical narrative, which produces the potential for reading the narrative through a contemporary lens. Using contemporary language and Twitter also assists with removing the theological overtures that are often read into the narrative (e.g., “King David must be good because God chose David”) in order to produce thinkers who can also recognize the potential for harm that the text does in different settings to women and to other populations. As contemporary readers of the text, we are not unlike the “lurkers” on Twitter, who may read tweets, may periodically comment, but often are removed from “what’s at stake” in a discussion by dint of a screen.

Students are able to examine the narrative situation from the additional perspectives of (1) the silenced woman who has no control over what happens to her/her body, (2) her husband who is killed, and (3) the prophet Nathan who knows the extent of David’s misconduct. This activity helps students shift from accepting the biblical narrative in which David is tacitly exonerated at face value to thinking about the consequences of David’s actions on the people around him. This activity gives these minor characters voice as their agency is analyzed; likewise, students contend with the idea that the text has a (pro-David, promonarchical) agenda and that agenda silences those who do not support it, women most of all. Students hone their ability to approach the narrative through a critical lens, and to offer resistant readings that recognize that the character presented as God’s chosen king is problematic.

Following the chance for each group to read their tweets to the class, we discuss the activity as a class. Students are usually insightful about the purpose of the activity. They point out that slowing down their reading to do this activity helps them recognize the inherently patriarchal perspective in the text; one student wrote on their evaluation, “The twitter activity was both the most fun and the most engaging activity we did in class. I hadn’t thought about the story in this way, but even though Batsheva seemed complicit in the text, it wasn’t a consensual relationship.” Another student announced at the beginning of the activity that she took my class because a friend of hers told her about “the tweeting thing with David and Batsheva.”

The activity helps the students recognize that just because a woman is present, and even named, does not mean the text gives her voice or agency. Perhaps most importantly, through this activity students recognize that the patriarchal nature of the biblical narrative is not harmless, even today, and that the text and its audiences throughout history often encourage violence toward women and nonelites.

i Note that I do not have the students tweet on the actual social media platform Twitter. Twitter is a valid pedagogy tool as well, although to use it productively it should be an all-semester investment. For more on using the platform Twitter during a semester-long course, see Megan P. Goodwin’s interview on Richard Newton’s blog, “#SyrRelBodies: US Religions and the Regulation of Bodies of Color,” April 24, 2017.

ii Note that “bae,” an acronym meaning “before anyone else,” is an American colloquialism that refers to someone’s boyfriend/girlfriend”; this play on the name Batsheva with “Baesheva” was created intentionally by the students.

Shayna Sheinfeld is a visiting scholar at the University of Kentucky. Her article, “The Old Gods are Fighting Back: Mono- and Polytheistic Tensions in Battlestar Galactica and Jewish Biblical Interpretation” will be published in the Journal of Interdisciplinary Biblical Studies in 2019.