On May 25, 1948, the Jewish citizen of the world Garry Davis turned in his American passport at the US embassy in Paris and declared himself a "citizen of the world." He then created his own passport, rarely recognized at national borders, and found that the more nationstates harassed him about his status as a true cosmopolitan, the more publicity his One World Movement received. Six months after renouncing his citizenship, he stormed a session of the United Nations General Assembly in Paris: "We, the people, want the peace which only a world government can give," he proclaimed in My Country Is the World: The Adventures of a World Citizen. "The sovereign states you represent divide us and lead us to the abyss of total war." Davis recreated himself in public as the good cosmopolitan, to no little extent because of the impact that he felt nationalism had had in the world. Viewing the cosmopolitan, the world citizen, and the citizen without borders as corrosive had been a pillar of Nazi ideology against which Davis fought as a pilot. His father, as some remember, was Meyer Davis, the renowned society orchestra leader known as the "millionaire maestro," whose multiple ensembles played at high-end Jewish weddings and bar mitzvahs. In 1935, the Nazi ideologist Alfred Rosenberg had railed against the "international swarm of Jewish orators and literati from the cosmopolitan centers of increasingly racially degenerate cities. . . ." He could have added Jewish bandleaders and their offspring to his list.

Since the Enlightenment, radical nationalism claimed to be rooted in the land or a people, as a concrete expression of a homogenous society against the rootless nomad. In 1784, the German theologian J. G. Herder defined the nation-state as "a group of people having a common origin and common institutions, including language." For Herder, as for most Europeans after him, the Jews personified the rootless nomad. Jews "in the land of their fathers, and in the midst of other nations, . . . remain as they were; and even when mixed with other people they may be distinguished for some generations downward." In fact, Herder suggested that, ideally, "if every one of these nations had remained in its place, the Earth might have been considered as a garden, where in one spot one human national plant, in another, another, bloomed in its proper figure and nature." Cosmopolitanism goes against the "nature" of human beings who are rooted and should be unchangeable. Davis was of Jewish descent, and as he explained in A World Citizen in the Holy Land, his call for the elimination of borders simply rejected the fascist idea that borders and peoples were uniform and static. The reality is that the cosmopolitan is simply another way of speaking about the potential for movement, for movement across borders, class boundaries, and cultural norms. All of recorded human history speaks of such movement all over the world, from ancient Greek city-states to the expansion of the Han at the same period into what is now considered to be China. But must one be opposed to the nation-state if one sees oneself, as Davis did, as a citizen of the world? Recently, the philosopher Anthony Kwame Appiah argued in Cosmopolitanism: Ethics in a World of Strangers (W. W. Norton, 2007) that "whatever obligation I might have to another, especially a foreign other, that obligation does not supersede the obligations I have to those people most familiar to me." Being cosmopolitan does not cancel being national, regional, or ethnic in the twenty-first century, as it did for Davis after World War II. Being cosmopolitan simply means that you have the potential for movement, transformation, and change, not that this must take place, but that it can take place.

We often think of cosmopolitanism as a form of multiculturalism. But there is a model that sees the nation-state as groups of peoples from throughout the world living, functioning, competing, and collaborating with one another. These groups may shift and transform, and may come to speak the language of the nation-state (and then in the third generation rediscover the language that their grandparents spoke, and learn it). What cosmopolitanism promises us today is the potential for change and movement, not to spite the claims of the nation-state, but to ever renew them, to make them flexible. Garry Davis died in the summer of 2013, still a citizen of the world. But he died in Burlington, Vermont, not terribly far from his birthplace in Bar Harbor, Maine, a citizen of the world but very much a Jewish New Englander. 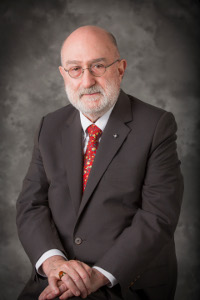 Sander L. Gilman is a distinguished professor of the Liberal Arts and Sciences as well as professor of Psychiatry at Emory University. A cultural and literary historian, he is the author or editor of over ninety books. His Are Racists Crazy? How Prejudice, Racism, and Antisemitism Became Markers of Insanity appeared with NYU Press in 2016; his most recent edited volume is a double issue of the European Review of History / Revue européenne d'histoire entitled Jews on the Move: Particularist Universality in Modern Cosmopolitanist Thought published in the same year.